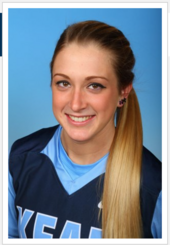 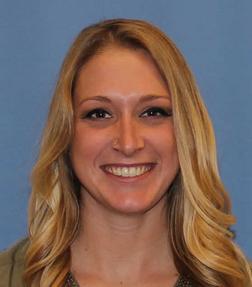 Alexis D’Aloisio was a four year starting pitcher and utility player at Tolland High School in Tolland, CT. She played many summers of travel softball for the CT Mirage and Tradition finishing second in PONY nationals in 2012. Alex then went on to play four years of collegiate softball at Kean University. While at Kean, her team went 118-66-2 making it to post season play in the NJAC Tournament, NCAA Regional, Super Regional and Women’s College World Series three out of her four years there.

As a senior at Kean, she started in 26 games as a designated hitter with 82 at bats. Alex finished the regular season with a .313 batting average which included a walk off home run against undefeated Rowan and four RBIs to hand them their first two losses of the season. She finished the post season batting .280, beating Wheaton College to win the Union, NJ Super Regional which sent Kean to their second ever WCWS appearance in Salem, Virginia. Kean beat Alfred College, giving the school its first ever WCWS win and finished at 5th in the country. Kean also frequented the NFCA’s D3 Top 25 Ranking landing highest at 6th nationally.

After a four year stint at Kean, Alex graduated with honors in Biology then traveled down the Garden State to pursue an internship at Rutgers University as a Strength and Conditioning Coach. Alex worked with a multitude of D1 female athletes from Women’s Soccer, Lacrosse, Gymnastics, Golf, Field Hockey and Rowing teams. She assisted in coaching individual and group lifts as well as attended team practices and competitions to have a better understanding of each athlete's specific skill set.

Alex obtained her Masters from Marist College in 2018. She currently works as a Neonatal Physician Assistant and trains Mixed Martial Arts at American Top Team in Danbury, CT. She recently joined Deiana’s as a Sports Performance coach who is a Certified Strength & Conditioning Specialist through the National Strength & Conditioning Assoication.